Showing posts from November, 2010
Show all

28 November 2010 I woke up early this morning deciding to explore Tempurung Cave together with Aunty Ebbie's family and friends alongside with Le Chi's family. There was a total of 23 people in our group. We took about two and a half hours drive there as it was a long way away from our homes. We arrived at Tempurung Cave (located at  Perak, Land Of Grace) at nine thirty in the morning.
The entrance fee for the Grand Tour was  RM 22 per adult and RM11 per child. When we arrived we took a look at the map and  it looked  something like this ........
The Grand Tour(Package 4) had four compartments and our tour took three and a half hours and we saw lots of cave formations that  we shouldn't miss but we didn't get to capture many pictures about them as our  tour guide was a bit too fast.  First, we are told to walk on the platform and stairs  to explore the cave's first compartment. This compartment is filled with lights and this is the easiest compartment. Most of the cav…
4 comments
Read more

A wonderful day with my friends~

Aunt Young Hee invited me to her house last Thursday. As I thought of not disturbing others too early in the morning I was the last one to arrive at her house. When I arrived, they (Joshua and Joel) had already finish reading their storybooks while I just started. After reading,we played for awhile... At noon, Aunt Young Hee made some sushi for us. It was very delicious.
Later in the afternoon, we watched Megamind in 3D.Using those 3D glasses to watch movies make them pop-out of the screen making the movie more thrilling .
In the early evening, we went to Joel's friends house to swim. There was another friend there, he was Gerard. Joel, Gerard and I did some swimming competition. As we were swimming halfway, a rainstorm  befell us. We had to stop swimming. After a short bath, our parents also came. All of us ate at the cafeteria. We ate beefburgers and went home
Post a Comment
Read more

How I am going to spend my school holiday!

School had ended a week ago and I was in a panic of what to do until last Sunday. I went for a chess tournament that day and sadly won 2 rounds and got a draw only (in 6 rounds, how embarassing T-T). After finishing the chess tournament, my parents came to fetch me home. As I got in the car, I was shocked. The car was filled with all sorts of books. My mum told me she bought these books from the annual " Big Bad Wolf  Sale". So, I decided to leave my holiday in a pile of  books.After reading most book titles I saw a rather fascinating one. It was called " Think Like A Maths Genius". It taught me some powerful mind reading....
Ok, try this sum by using your brain or calculator or anything.....

First, choose a number,any number. Then,double it and add 12. Now, divide your number by two. Subtract your answer by your original number. Is your answer by any chance 6 ?
GENIUS!
2 comments
Read more

A Season Greeting From Japan 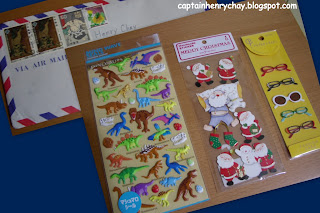 Today I received a letter from my blogger friend. She gave me 3 packet of nice stickers.The first packet was full of dinosaur stickers while the second packet was filled with Christmas  stickers and last packet  is a very adorable set of five glasses. In the letter, she told me that Japan was getting cold. Japan is so great to have 4 seasons each year. I thank God that I have blessed to experience winter  in Japan.  It was really a memorable trip. I hope I will have a chance to experience spring, summer  and autumn in other countries :)
2 comments
Read more 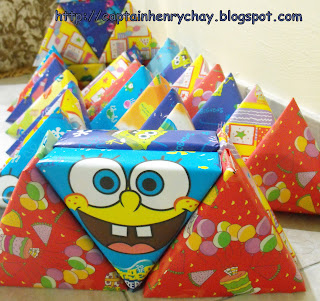 Our Children's Day this year started at the school hall. When we entered the hall, we listened to lots of speeches prepared by the teachers. After the speeches, there were 2 performances. The first one was a solo violin performance and the second was a piano performance that was called Solatino. This year, the PIBG provided a Kentucky Fried Chicken meal. Sadly, our KFC arrived late so we sang a few songs like Love Story by Taylor Swift, 1 Malaysia a national Malaysian song and other songs. After singing about 6 songs, the KFC meal finally arrived. After taking our KFC meal we returned to our own classes respectively.When we arrived back at our own class, lots of food and beverages were provided.There were too much so all of us had to bring some home. I took a lot ( I think all that I took was enough to last me through one week =D).
Later on, I gave everybody presents. Some people from other classes were caught red-handed for stealing the presents. Later on, we cleaned up the cla…
2 comments
Read more
More posts