February 09, 2012
We took a 5 - hour trip by bus to from the city of Harbin to the snow village. When we arrived, I was awestruck by the beauty of the snow in this district. At the same time, I was also shivering at the village because the temperature there was around -30 degrees Celsius'The snow that gathered on the dead trees make them look like snow toadstools. A lot of snow seemed to fall in this village and I once appeared to have my left foot buried deep in snow when I was caught unaware while walking around the village. 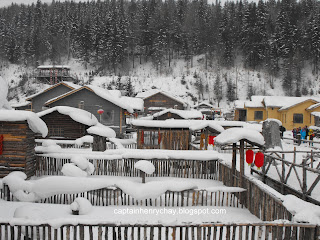 The thick snow present in trees and piles of snow hovering on each and every roof is brought in by the 8 months of winter experienced by the inhabitants of the snow village every year. 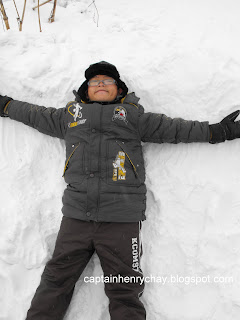 This is me trying to make a snow angel on snow but it failed as there was not enough snow. 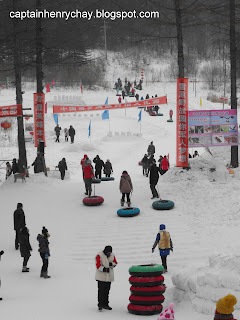 Many winter games can be experienced here from riding on huskies tobogganing and skiing while sitting but the snow village sure demands for a price. Every activity cost about 100yuan. 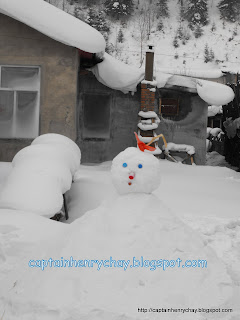 We managed to capture a picture of a snowman quietly standing and enduring the snow. =D 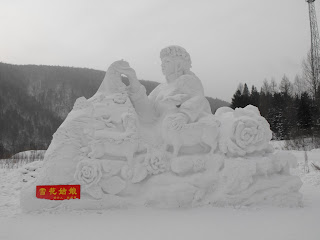 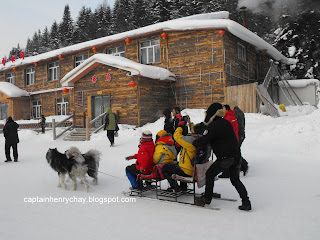 Some people enjoying a ride on a sleigh pulled by two awesome huskies. 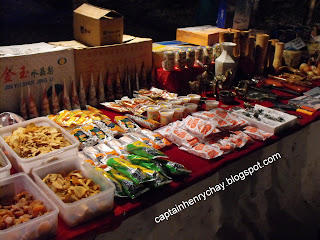 A great variety of  ice creams laid out and ready to be sold as there was no possibility of them melting in such a freezing climate. A wonderful way to save money since a freezer is not required. 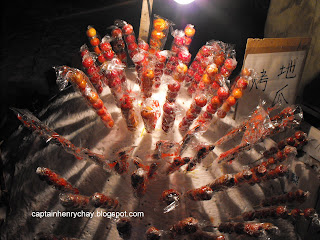 The sugar coated haws (冰糖葫芦) which are found almost anywhere in China is an extremely famous Chinese cuisine.  It looks nice but I dislike it as it is very hard.

Popular posts from this blog

June 13, 2017
Now, I know its been a long time since I last kept myself updated here. Well, ever since the second semester started things were starting to fall out of place.Just when I had barely managed to pull myself together, the world around me started tearing itself to pieces again. Now, I don't know about everyone but the way I study is I tend to overexert myself for the first half of the semester to try to be a step or two ahead of the syllabus at all times so that the lecture will just be a refresher afterwards. I do this because:- 1. I kind of understand that I have fiery enthusiasm whenever a new semester begins but it dies down before I can go through the whole semester. This means I'm kinda short fused, losing interest if I don"t see a quickly rewarding outcome. Hence, over-studying in the start benefits me as I've covered the entire syllabus before the boredom falls into place, and 2.It's actually very rewarding to feel like you fully understand what the lecturer
Read more 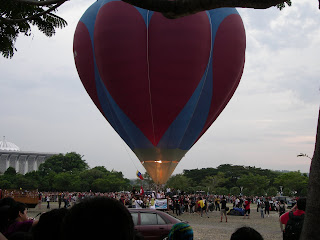 20th March 2010 Saturday. My parents brought me to the 2nd PutraJaya International Hot Air Ballon Festa, we reached Putrajaya at 6.30pm. There was so crowded and we were hard to get the parking, we were a bit late since the hot air ballons were started to fly at 6.00pm. Anyway, I still get to see many hot air ballons. There were so many countries participated the event.  We couldn't capture some every cute and special ballons like The Darth Vader, Lion Face,  Orange, because they were already fly higher in the sky, please click this link ballons to see. It was really very beautiful. This is a hot air ballon from Switzerland, so many  photographers are busy to capture photos The workers were busy to pump air to a hot air ballon... I think this is the biggest hot air ballon on that day It was from Netherland, and it was looked like   combined so many ballon to make a  big hot air ballon. Wow! Levi's Jeans also participated the event ^_^ It was also a hot air balloon can f
Read more 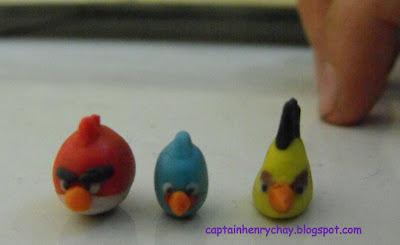 Angry Birds is the most addictive game around recently. Now that my trial exam is over, I can have a short break and continue blogging. During the  days of examination, I do some revision during the night and head off to bed early. When I find some time in between the times I do revision, I quickly head off to my room and work out my project. According to the game, these 3 birds are the first 3 avian missiles in the group. As I am saving up clay for further "projects", I only made the small ones fingernail-size. It might look easy but for me the smaller I make it, the more challenging it is to create one. It also consumes a lot of time to make the smaller three. You see, some accident occurred and the yellow bird  eyebrows just didn't look that nice anymore. I am very upset that the yellow bird didn't look like just the way I wanted it. The black bird was rather an easy task because it wasn't too small but the main problem was its crest and beak. For the white b
Read more